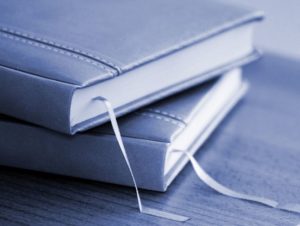 When it comes to the subject of money and investing, half of the battle is determining exactly who among the myriad of financial pundits are legitimately credible sources and who should be viewed with a healthy dose of skepticism and disbelief. Everyone, after all, has an opinion, and undoubtably at least one popular book championing their specific point of view. While a large number of books on the market today are rigorously researched, rich in historical context, and underpinned by a deep understanding of the subject matter at hand, an equal number are based on popular fallacies, superficial analysis, and in many cases dangerous assumptions which if left unchallenged will lead the would-be investor to ruin.

Having been through the exercise, then, of weeding out the wheat from the chaff, the hope is that I will have in the process spared the reader some small measure of pain through the sharing of a selection of books that I have personally found to be especially valuable in my investment journey. The list is by no means complete or in any way meant to represent a “final word” on the matter. There are countless other books that are insightfully written by incredibly brilliant authors, but in trying to limit myself to something digestable to the average reader, the list necessarily leaves out many other books which I have found over the years to be immeasurably valuable.

When I speak to other investors and am asked which books I would recommend for people looking to gain just a little bit more insight into the world of money and markets, my answer is usually “it depends”. The field of finance is so rich in content with so many unique and diverse sub-categories, that it really does depends on which particular slant a person is coming from and their particular area of interest. Based on that reasoning, what follows is a categorization by subject of some of my favorite books from different areas of finance and economics.

Near the top of my list of criteria for inclusion was of course readability. After all, even the best book in the world is of little value to anyone if they fail to get through the first chapter. For this reason, some of those classic investment/economic “tombs” have been left off the list, since reading a thousand pages about the theory of money and credit is likely to be palatable to only a small number of even the most ardent enthusiasts.

The following “top picks”, then, just scratch the surface of the vast literary landscape of finance, business, investing, and economics. These classic favorites have proven to be immensely beneficial over the years in helping to shape my views on financial markets and the process of investing. I hope they provide the same benefit to you.

Economics in One Lesson
By Henry Hazlitt

He is one of the few economists in human history who could really write.

In what is has arguably become one the most important books on economics ever written, Henry Hazlitt’s literary gem Economics in One Lesson contains that one essential ingredient that most other economic books strive towards but rarely ever achieve – it is profoundly readable.  Few economic books have been written in so clear a manner with the non-economist in mind. The book has as a consequence become an instant classic due to its immediate accessibility to average people and its main-street focus on explaining difficult concepts in a common-sense manner using real-world examples that are instantly relatable. It explains basic free-market economics through the debunking of popular mainstream fallacies – fallacies which are still as prevalent today as they were when the book was first written back in 1946. It is both straight-forward and powerfully insightful, and the surest answer to the current state of “muddle-through” economics practiced today by governments everywhere.

Reminiscences of a Stock Operator
By Edwin Lefèvre

This classic book on speculation chronicles the life and times of famed speculator Jesse Livermore. It is a fascinating tale full of classic quotes and timeless wisdom from a man who both made, lost, and re-made fortunes over the course of his trading lifetime. The advice contained in this book is still as applicable to investors today as it was when Livermore still dominated headlines up until the point he went bankrupt in 1934.

Men who can both be right and sit tight are uncommon. I found it one of the hardest things to learn. But it is only after a stock operator has firmly grasped this that he can make big money. It is literally true that millions come easier to a trader after he knows how to trade than hundreds did in the days of his ignorance.

The Millionaire Next Door
By Thomas Stanley

In what is bound to be a controversial pick, The Millionaire Next Door is a love letter to the time-tested financial practice of living below your means. It chronicles the story of America’s “silent” millionaires – the anonymous wealthy who live next door in average houses, drive old cars, and avoid overt displays of wealth and affluence. The book has in some quarters been criticized for selectively choosing only those millionaires who achieved great wealth by living below their means and subsequently weaving a story of how anyone can become rich by simply saving, living frugally and investing the difference. While the criticism is a valid one, this book nevertheless makes a powerful case for the discipline of saving, which is for most people the critical deterrent to achieving lasting wealth. For this reason alone, this book is highly recommended as an argument for savings as the single greatest contributor to wealth accumulation for the average person.

The Most Important Thing
By Howard Marks

Before writing this book, Howard Marks penned regular memos to his clients which were as entertaining to both professional and retail investors as they were insightful. Similar to The Essays of Warren Buffet, this book is something of a “complete works” of those memos in that many of the ideas contained in this book are simply a re-hash of his classic words of wisdom.  The true value of this book is that it distills and organizes many of these disparate ideas into a format that is easily readable and just as engaging to investors looking to profit from his keen insights. Marks’ biggest contribution to individual investors is likely to be his philosophy and musings on risk and uncertainty.  After many years in the business, he has come to recognize the true value of protecting your downside and articulates these reasons in his usual engaging and thoughtful manner.

While investment strategies and philosophies may come and go, some things, like William Bernstein’s classic The Four Pillars of Investing have still somehow managed to stand the test of time and remain relevant to investors after all these years. This is not to say that everything in this book is without flaw or controversy, but as an all-encompassing book on the practice of investing, few books that are accessible to the average reader do as good a job as laying out the investing landscape in a holistic and impartial manner. In this book, Bernstein covers the essentials of investing, from history, to theory, to psychology, and lastly to actual practice. While critics of efficient markets and random walkers may be forced to hold their nose at times during the reading of this book, it nevertheless still does an excellent job of highlighting the tradeoff between risk and reward. It warns the reader of their cognitive biases as well as provides a solid framework for estimating future returns through the discounting of cash-flows in a way that is understandable to the layman.

The central problem with investment bubbles is that the fundamental drivers of the asset in question are almost universally forgotten by investors. The current speculative mania in real estate is a perfect example of this phenomenon and is most readily apparent in real estate speculation for the purpose of capital appreciation independent of cash flow. When it comes to the stock market, in the long run it is earnings that drive prices, and this is true for real estate as well. Enter Frank Gallinelli’s classic book, which is about the numbers, and only the numbers. What Every Real Estate Investor Needs to Know About Cash Flow covers virtually every possible metric on real estate investing and shows investors how to perform essential calculations such as Net Present Value as it applies to real estate investing. With this book, investors are able to arrive at rational and objective expectations of real estate’s true value as well as its long-run expected future returns. The book stands out from much of the drivel that is written today in that it is about the actual business of real estate investing, preaching an attention to cash flow and numbers, not pie-in-the-sky hope and speculation.

Top Pick on the Great Depression

In America’s Great Depression, Murray Rothbard re-examines the root causes of the Great Depression through a different analytical framework than has traditionally been used by past historians. He tackles the problem from the perspective of Austrian Economics, examining how the underlying problem was actually one of mal-investment triggered by the loose monetary policies of the 1920s. The depression itself was then exasperated by government actions in response to the crisis, which served only to delay the liquidation of this mal-investment and prevent resources from once again being allocated in their proper proportions. Rothbard begins the book by briefly describing the Austrian Business Cycle Theory which he then applies to the events and policies of the Great Depression to support his thesis. It is applied Austrian Economics at its finest and should be required reading for anyone attempting to understand the Great Depression and how to avoid similar catastrophes in the future.

Part banker, part lawyer, part philosopher, and part military advisor, James Rickards provides a unique analysis of the current international monetary system, it’s shocking fragility, and the coming collapse of global finance. In his book, he explores the history of self-imposed currency devaluation as a way for countries to compensate for economic weakness through the surreptitious theft of growth by way of international trade. Rickards explains that we are still in the early stages of a new currency war which will bring further instability to a global financial system which has already grown larger and more vulnerable than ever before.  Because today’s analysts rely on outdated risk models using erroneous assumptions as to the size and frequency of tail-risk, the probability of a new and imminent financial crisis is today being grossly underestimated. Rickards’ insights on systemic risk borrow heavily from the field of physics and its use of complexity theory to identify areas of interconnectedness which he postulates are only knowable in hindsight. It is a frightening forecast of the future, but one nevertheless based in science, data, and objective empirical evidence.

The Richest Man in Babylon
By Charles Clason

Commonsense financial advice told through a series of ancient fables, this investment classic re-tells the age-old principles of wealth creation and financial prosperity from the perspective of ancient Babylonian society. It is instantly accessible to young people as a parable on successful money management, leading to a worthwhile read for new investors that is as entertaining as it is educational.